Until the advent of the Ministry of Pensions in 1916 and R.Record’s role in managing/storing Great War and other service records from the 1920s onwards (for a selection of pages on the Percy House Schools and Arnside, click here), the Royal Hospital Chelsea was the major repository for copies of British Army Discharge documents received from Army Record Offices.

The first extract is a report from 1913 looking at the then unweeded holdings of the Royal Hospital, the second and third extracts set out the policy instituted at the beginning of the First World War of disposing of non-pension Discharge documents (those soldiers who did not qualify for a Chelsea pension at the end of their Army service) after fifty years. 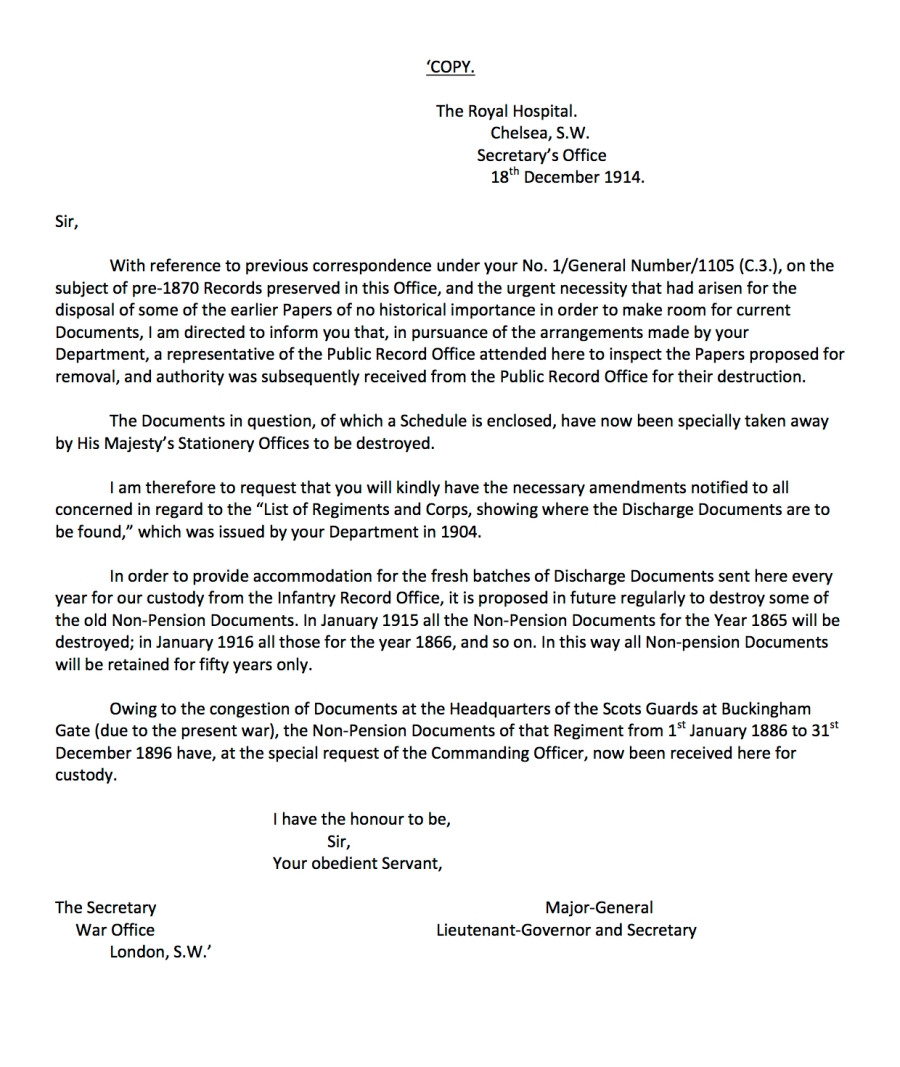 From WO 32/17815 Disposal of War Office records: schedule for destruction. Lieutenant-Governor Royal Hospital Chelsea to The Secretary War Office (18 December 1914)

The change in 1914 to restricting the preservation of non-pensionable Discharge documents sent to Chelsea to fifty years can also be found in King’s Regulations, for example King’s Regulations 1923, para 1712 (click here).

A reference to the continuing process postwar of Army Record Offices sending copies of Discharge documents  to the Royal Chelsea Hospital can be found in a post on the Great War Forum. The papers submitted to Chelsea were arranged in Army number order and listed alphabetically by surname in Army Book 72 (a standard book used by the Army arranged by letters of the alphabet). More can be seen by clicking on the following link: