This document was prepared before the end of the War and represents a first set of rules to organise the sorting and reduction of records to be sent back to the U.K. A later set of amendments from 1919 can be found by clicking here.

1) On page 178 one of the possible destinations for unused forms in the Scottish, Irish, Northern and Western Commands is Merrow Street, Walworth, the building that from 1934 will be known as the War Office Repository at Arnside Street.

2) The tables in pages 174-176 make clear the role of Officer in Charge of Records as the recipients of the personnel records of the British Army when it came to Other Ranks in the British Army. They are also to receive some material related to Officers, although the War Office itself was the Record Office for most classes of Officer.

4) Each unit is expected to convene a board to implement the regulations with regard to the above and also compile accurate lists of what is destroyed/to accompany parcels of documents sent back to the U.K. Copies of these lists will be sent on to C2 (the War Office division from which the Disposal of Records Section at Isleworth had emerged by 1920 and which by 1922 had become R. (Records)). See pages 171-173.

5) Explains how Regimental Depots obtained  custody of copies of War Diaries after the War as part of the records of the history of their regiment or corps (see page 177). Click here for postwar Army Council Instructions on access restriction to these copies of War Diaries.

Please note: There are nine pages (images) in total and that due to layout of the document there are some small gaps between the pages. 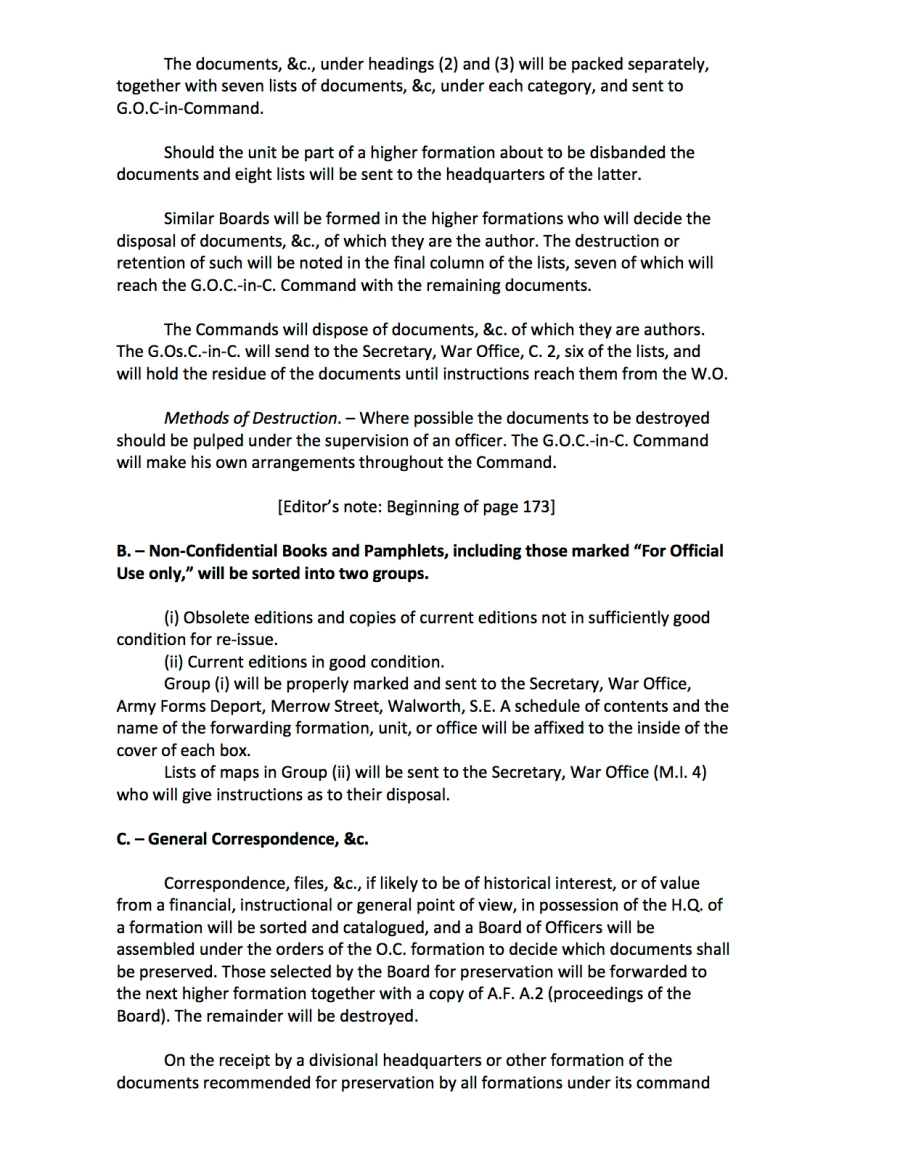 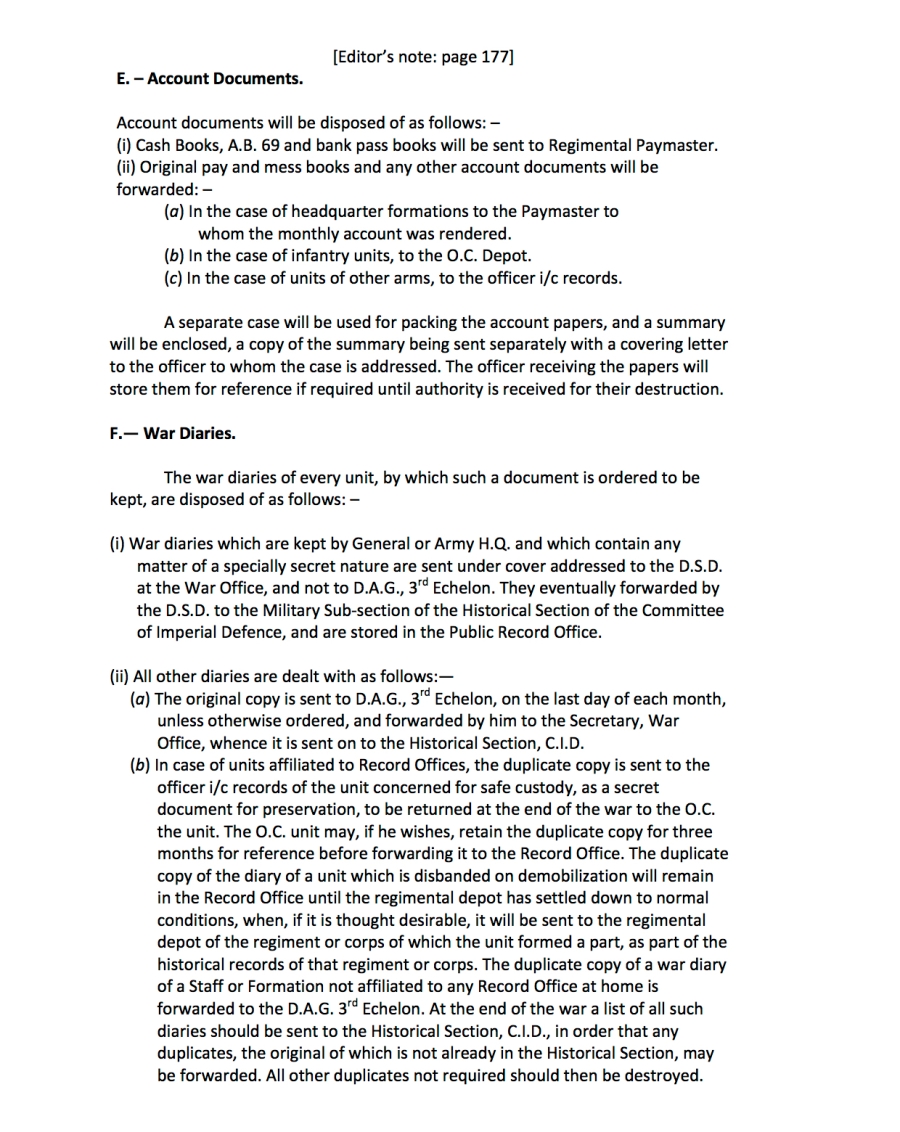