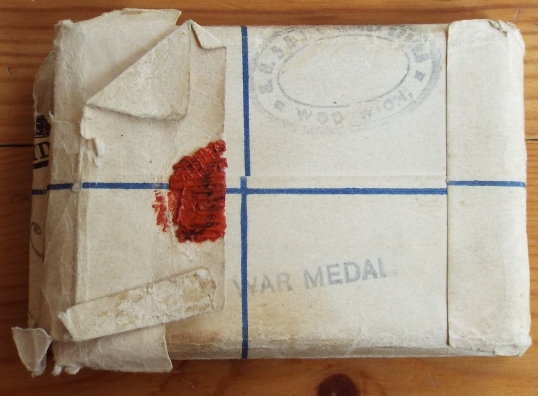 Most of the surviving seal 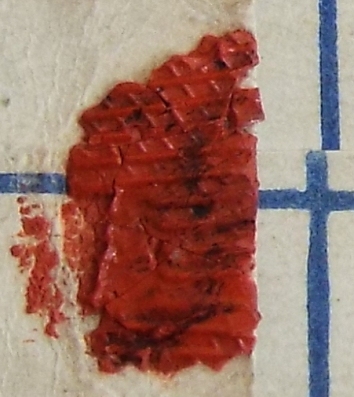 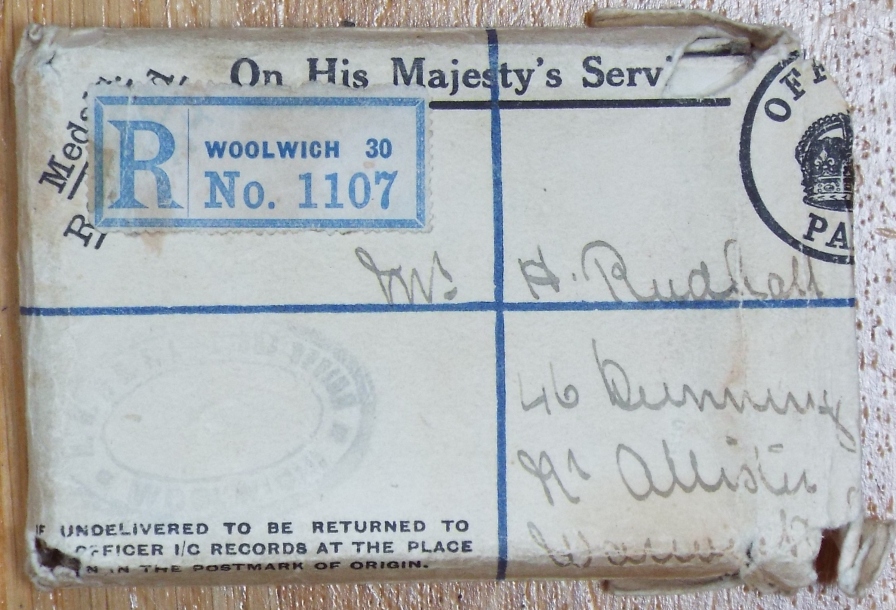 The front of the envelope

The use of wax seals to seal documents to prevent tampering goes back to the Middle Ages.  It was therefore fascinating to see a surviving fragment of a wax seal used on the envelope in which a boxed British War Medal was issued, in this case by the Royal Horse Artillery & Royal Field Artillery Record Office at Woolwich in February 1921.

The medal was issued to Gunner 44304 Howard Rudhall of the Royal Field Artillery (for his medal card click here, free database on the Ancestry pay site). Rudhall was in France by 16 January 1915 and appears in the surviving sample of WW1 medical registers as having had a gun shot wound to his back (click here, Findmypast pay site). He is recorded in a register from No 3 Casualty Clearing Station (he was admitted on 9 May 1915) as being in the 67th Battery R.F.A. Using Chris Baker’s excellent Long Long Trail website we can see that the 67th Battery in 1914 moved from I R.F.A. Brigade to the XX R.F.A. Brigade. Rudhall in the 1911 Census is recorded as serving with the British Army in India as a member of the 62nd Battery R.F.A. (for the 1911 Census entry on Ancestry click here and for Findmypast click here).

More about the distribution of British WW1 Campaign Medals

here for a 1921 report on Army Record Offices, which led to a change in  in the way that Great War Campaign medals were distributed.

The full range of documents in the Sourcebook (including analysis) which cover the War Office Medal Branch (respectively A.G. 10 and the Army Medal Office (A.M.O.)) between 1917-1961 and details of the medal records held by the A.M.O. in 1961, can be found here.